Many men across the globe all wonder what is considered as ‘normal’ when it comes to their penis.

Contents show
1 Self Reported Data
2 Trying To Explain An Accurate ‘Normal’
3 Misinformation
4 How Much Do Penises Vary?
5 How Much Does Size Actually Matter?
6 Does The Length Of Your Penis Vary By Location?
7 Can Your Penis Be Enlarged?
8 Surgery
9 The Importance Of Building Confidence
9.1 Improving Your Body Image Confidence
10 Conclusion

People always need to remember that every single human being on the planet is different in every way and will always have different sizes, lengths, color and appearance.

There is always the question of what should be both erect and not erect which is very common as some are known as growers.

There have been many studies that have been created to try and answer this question for people, and one concluded that the average penis length is 9.16 cm when it is not erect.

However, the average erect penis length is 13.24 cm. But this is all about averages of a large group of men so do not worry.

Everyone wants to know that they match up to others and don’t want to feel outcasted or singular for their size.

Therefore, it is very important to understand that everyone is different and it is very normal to have varying ranges or sizes because the average is taken from a population and depending on how those measurements were taken and whether it was a fair study, there tends to be a huge amount of misinformation on the internet.

Self reporting data can definitely make a lot of men feel very anxious about their size and inferior to others.

This can be a huge factor in developing issues such as erectile dysfunction for men due to the pure anxiety of performance in the bedroom.

This can also become a very difficult cycle to remove yourself from and change your feelings towards.

Trying To Explain An Accurate ‘Normal’

The data is always different to what males actually think.

When asking men what they thought regular sizes would be, it is most likely that their answers would be quite far off what the data shows because they have probably only read certain things online and have come to their own conclusion.

Many men believe that an erect penis’ length is greater than 15cm which is quite off. Over 15cm (about 6 inches) is considered in a larger category and is not linked to an average penis size.

It can be especially difficult to ask men to measure their own penis because there is the issue with who would actually want to do it.

You could have a male who is very confident with his size and also a man who feels very inferior and anxious about his size.

It is obvious which one who wants to take part. Therefore, there could always be discrepancies.

Due to males constantly being influenced by misinformation about ‘the bigger the better’ it has caused  issues with the reality of the issue.

Most men actually underestimate the size of their penis to other men because they are under the illusion that most men have a large penis.

Therefore, there has also been an increase in men wanting a penile lengthening procedure.

This is a very risky procedure which highlights that the misconception of penis sizes can lead to extreme choices.

This can also lead to men becoming extremely anxious about their size and just avoiding sex all together which can be unhealthy for a male who wants to but is too anxious too and can become frustrating!

When they do have sex, they can also suffer from premature ejaculation and erectile dysfunction.

How Much Do Penises Vary?

A man’s penis is made especially for them. It’s unique and different for everyone. Therefore trying to compare your penis to someone else’s is unnecessary.

All penises have a shaft and a head, they all follow the same structure but can sometimes just form into slightly different shapes and sizes.

Some can bend to the side and some are very straight but they are ALL considered as normal!

There are some circumstances where the penis is much smaller than the average which was named a micro-penis.

This can be caused by hereditary issues or if you have low production of hormones that can also be a contributing factor.

For an adult, a length that is measured less than 9.3cm (less than 3.5 inches) would meet the criteria for this issue.

However, in some cases, if you are measuring your penis yourself and it comes up to less than 9.3cm do not worry or panic because this cut-off is a standard measurement technique for health professionals.

Having a micro-penis means there will be other factors that will be noticable for you and not just the size.

How Much Does Size Actually Matter?

Many men have concerns about whether their penis is normal or big enough and it has got to that point where it has become normal to worry about it when it shouldn’t be the case.

There are also many men who believe that there are many ways to change their penis size through ways that are not surgical which is just not the case and they do not work through pills or exercising.

However, most of these thoughts about their penis actually stem from if they feel as though they will be judged by a partner and not how they actually feel about it.

In many studies it has been shown that the majority of women are satisfied with their partner’s penis size and some women don’t even think that the size of the penis is even important.

This is because for a female during sex it relies more on foreplay for her to orgasm.

However, it was also found that women actually preferred the circumference of the penis rather than the length.

Does The Length Of Your Penis Vary By Location?

Yes, it does vary by country because so does height and weight and other appearances! It is genetics and hormone influence that determines the size of the penis.

In some countries the longest penis is much more than the longest in a different country and their averages can also be higher or much lower.

Can Your Penis Be Enlarged?

The penis has its functions of uriantating, reproducing and sexual pleasure, therefore, if your penis is able to perform all of these functions healthily, there shouldnt be any reasons for why you would need to enlarge your penis because it is able to carry out he functions it needs to.

There are several ways that you can try and enlarge your penis if you want something bigger but they only last temporarily and can be quite dangerous for some of your systems.

Some of these processes can actually do more harm than good and can be quite damaging.

Traction device: these are used mostly for trying to remove curvatures in the penis or any deformed areas. However, with daily use these only provide small increases and can only temporarily get harder and bigger.

Penis pumps: this allows more blood into the penis to essnetially make it harder and bigger temporarily. A cockring is a very popular choice during sex because it can keep the blood in the penis for longer and is safe to use.

Stretching: massaging the penis can manipulate the tissues and skin. There is no evidence to this method and the only evidence given has been from people’s own experiences.

As it stands, surgery is the only way to achieve a permanent result for penis enlargement. However, this comes with many risks and aspects that can affect you after the surgery.

Most surgeons will not perform an enlargement surgery if there is not a circumstance where they cannot perform the functions a penis needs to perform.

If the penis is micro then this is an option. However, this type of treatment is never recommended because of the dangers it has.

The Importance Of Building Confidence

Confidence can be the most important part of your mindset when it comes to the bedroom.

Most of what’s going on is in your head and if you can get out of your head for a minute you will realize that you need to be confident in yourself because if you’re not it can also make your partner feel uncomfortable.

In conclusion, every penis is different. The term ‘normal’ is used too often and is misrepresenting what the actual normal is, which is most penises!

People struggle greatly in modern society with the pressures of what is expected of you and your penis size and can you properly satisfy your partner with what you have?

These are all questions that need to be removed from all minds and replaced with information that is informative and what females, health professionals actually say and what the real evidence shows.

There are many statistics and further information concerning specific sizes and evidence provided by legitimate studies that you can find the information you need.

The main point to take from this is that the majority of penises are normal and if you do suffer from having a micro-penis there will be other factors and symptoms that tell you something is wrong and other abnormalities.

Comparing yourself will be your biggest downfall when it comes to your confidence because everyone was born with what they have and trying to change that or putting yourself down because of your size can be extremely damaging for your mental health and can give people immense anxiety surrounding the topic of sex. 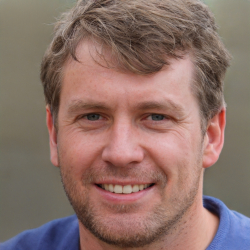 Jamie Platt
My name is Jamie Platt and I know all too well about the lack of knowledge out there for men’s medical topics. Five years ago I developed a few symptoms that were somewhat worrying to a 30-year-old like me.

Suddenly I was needing to use the bathroom much more, I was sometimes losing control of my bladder, and I had an unexpected onset of ED. Call it a fragile ego, but I didn’t want to go parading around letting everyone know about these new issues. So I kept quiet and hoped that they’d go away on their own.